Prosecution and Defense of Forfeiture Cases

The most comprehensive treatise available on the substantive and procedural law of civil and criminal forfeiture.
by David B. Smith (Author)
Publisher: Matthew Bender Elite Products 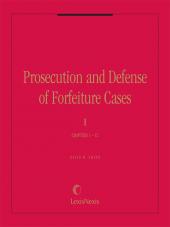 Prosecution and Defense of Forfeiture Cases is the leading treatise on forfeiture law and practice, written by the country's top forfeiture lawyer. It has routinely been cited by the federal courts. The author, David Smith, helped draft the Civil Asset Forfeiture Reform Act of 2000 and other federal and state forfeiture laws. This treatise comprehensively covers federal criminal and civil forfeiture from A to Z.

David B. Smith is a partner in the firm of Smith & Zimmerman, PLLC in Alexandria, Virginia. He specializes in the defense of federal criminal cases, as well as seizures and forfeitures. In his 1996 book on the controversy over forfeiture, A License to Steal, Professor Leonard W. Levy described Mr. Smith as "the nation's foremost authority on forfeiture." Mr. Smith is Chair of the Forfeiture Committee and a member of the Board of Directors of the National Association of Criminal Defense Lawyers. He is also a frequent lecturer on forfeiture developments and has appeared on many television and radio talk shows.

Mr. Smith assisted Congress in drafting some of the most important federal forfeiture statutes, including the Civil Asset Forfeiture Reform Act of 2000 (CAFRA). He also helped the Advisory Committees on Criminal and Civil Rules write the federal criminal and civil rules governing forfeiture procedures. He is also an expert on restitution and criminal fines, the RICO statute, and victims' rights, all of which are covered in his forfeiture treatise. He has argued over 100 federal criminal and civil appeals in all circuits and participated in the litigation of several U.S. Supreme Court cases dealing with forfeiture issues.

Before entering private practice, Mr. Smith, a graduate of Yale Law School, was Deputy Chief of the Asset Forfeiture Office, Criminal Division of the United States Department of Justice, and an Assistant United States Attorney in the Eastern District of Virginia, where he prosecuted procurement fraud and other white collar cases. He received the NACDL President's Commendation Award in 1993 and 1994. He served as a part-time associate Independent Counsel in the investigation of former Secretary of Agriculture Michael Espy in 1995.

View all products by David B. Smith (3) 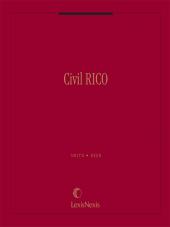 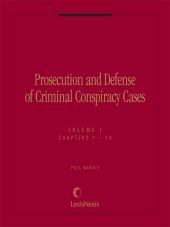 Prosecution and Defense of Criminal Conspiracy Cases
Starting from $751.00 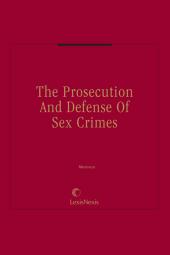 The Prosecution and Defense of Sex Crimes
Starting from $1,099.00