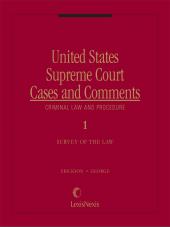 This five-volume treatise provides an analysis of United States Supreme Court case law on a variety of constitutional issues, with a concentration on those issues critical to criminal proceedings. Part I offers an overview of Supreme Court cases interpreting:

Citations to pertinent statutes, rules, and lower court decisions are included. Part II contains summaries and detailed legal analyses of every major criminal law-related case decided by the Supreme Court since its 1979-1980 Term, as well as important non-criminal cases addressing the issues discussed in Part I. Each chapter in Part II covers a different Term, with cases organized according to the relevant constitutional amendment or type of action. In the first release of each year, a new chapter is added to Part II covering the recently concluded Supreme Court Term. The second release of the year updates the analysis in Part I with the principles announced in the case law from the previous Term.

View all products by James B. George (1)

View all products by Nathan B. Coats (1) 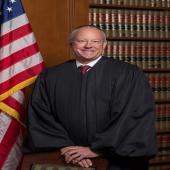