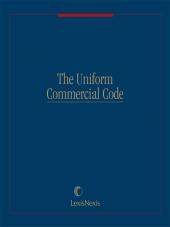 The Uniform Commercial Code contains the Official Text of UCC Articles 1 through 9, with Official Comments, and with Permanent Editorial Board Commentaries.

The American Law Institute is the leading independent organization in the United States producing scholarly work to clarify, modernize, and otherwise improve the law.

The Institute (made up of 4000 lawyers, judges, and law professors of the highest qualifications) drafts, discusses, revises, and publishes Restatements of the Law, model statutes, and principles of law that are enormously influential in the courts and legislatures, as well as in legal scholarship and education.

ALI has long been influential internationally and, in recent years, more of its work has become international in scope.

By participating in the Institute's work, its distinguished members have the opportunity to influence the development of the law in both existing and emerging areas, to work with other eminent lawyers, judges, and academics, to give back to a profession to which they are deeply dedicated, and to contribute to the public good.

ALI is a 501(c)(3) nonprofit organization incorporated in the District of Columbia.

The Uniform Law Commission (ULC, also known as the National Conference of Commissioners on Uniform State Laws), established in 1892, provides states with non-partisan, well-conceived and well-drafted legislation that brings clarity and stability to critical areas of state statutory law. It is a non-profit unincorporated association, comprised of state commissions on uniform laws from each state, the District of Columbia, the Commonwealth of Puerto Rico, and the U.S. Virgin Islands. Each jurisdiction determines the method of appointment and the number of commissioners actually appointed. Most jurisdictions provide for their commission by statute.

There is only one fundamental requirement for the more than 300 uniform law commissioners: that they be members of the bar. While some commissioners serve as state legislators, most are practitioners, judges, and law professors. They serve for specific terms, and receive no salaries or fees for their work with the ULC.

The state uniform law commissioners come together as the Uniform Law Commission for one purpose: to study and review the law of the states to determine which areas of law should be uniform. The commissioners promote the principle of uniformity by drafting and proposing specific statutes in areas of the law where uniformity between the states is desirable. It must be emphasized that the ULC can only propose. No uniform law is effective until a state legislature adopts it.

The ULC is a working organization. The uniform law commissioners participate in drafting specific acts; they discuss, consider, and amend drafts of other commissioners; they decide whether to recommend an act as a uniform or a model act; and they work toward enactment of ULC acts in their home jurisdictions. 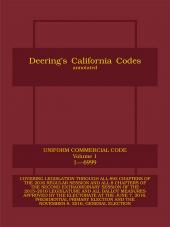