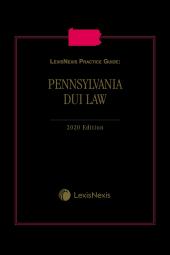 This publication was authored by a prominent defense attorney and former prosecutor. These two individuals bring a wealth of experience and practical expertise from both the prosecution and defense side of the practice to the issues addressed in the book. This publication is intended to be a comprehensive practice guide for attorneys handling DUI cases in Pennsylvania. The book is designed for both prosecutor and defense attorneys who practice criminal law, with a specific focus on DUI cases, in Pennsylvania.

•  Practice pointers that suggest ways to improve results for your clients

•  A comprehensive Table of Contents that helps practitioners to spot issues

•  Annual updates will be available to keep the publication current

•  An authoritative guide and index to look up unfamiliar issues.

•  References to applicable statutes and caselaw

Steven F. Fairlie has been designated a Pennsylvania "SuperLawyer" in both Personal Injury and Criminal Defense by Philadelphia Magazine and placed on their lists of the Top 100 Lawyers in Pennsylvania and the Top 100 Lawyers in Philadelphia, The National Trial Lawyers Top 100 Trial Lawyers, Top Rated Attorneys in Pennsylvania as published in The Wall Street Journal, Philadelphia Inquirer, and The Legal Intelligencer, The National Association of Distinguished Counsel, The National Advocacy for DUI Defense Top 100 Driving Under the Influence (DUI) Attorneys, and is a holder of Martindale-Hubbell's prestigious "AV" rating and Client Distinction Award, designating preeminent lawyers based upon legal ability, ethics, and client satisfaction. He has been rated a perfect 10.0/10.0 on www.avvo.com and is one of a just 35 attorneys in Pennsylvania to be named a “Lawyer on the Fast Track” by The Legal Intelligencer in 2006. He has been named a Fellow of the Litigation Counsel of America (awarded to less than one-half percent of judges, lawyers, and scholars in America), received the National Academy of Criminal Defense Attorneys Top 10 Attorney Award, and been named a Top 100 Criminal Defense Lawyer by the American Society of Legal Advocates. He has won many other awards for his trial work that are simply too numerous to list here.

He has successfully handled numerous civil (slip and fall, auto accidents, land development litigation, etc.) and criminal trials (narcotics, DUI, capital murder, robbery, rape, etc.). Prior to private practice, he worked on the Narcotics Team and the Major Crimes Team of the Montgomery County District Attorney's Office from 1996 to 2000. He successfully argued for the death penalty in 1999 and was lead prosecutor in a case involving $55 million of cocaine. Subsequently, as a defense attorney, he took the appeal of a client sentenced to death and convinced the prosecutor to vacate the death sentence. He used forensic tire print evidence to prove another client not guilty of attempted murder. In yet another case he uncovered evidence which reduced the offer on a robbery case from 25–50 years down to 2 years probation. He represented one individual charged with 3 separate charges of DUI and had the first case dismissed at the Preliminary Hearing, the second accepted into the A.R.D. program, and the third case dismissed after a trial judge granted suppression of all evidence in the case. Mr. Fairlie has obtained not-guilty verdicts in major jury trials involving shootings, burglaries, etc. despite positive eyewitness identifications of his clients. On appeal, he has successfully argued for reversal of a death sentence in one case and a sentence of 70 years in another case. Other successful plea negotiations include 2 1/2 to 5 years in the case of a man who struck his wife in the head with a hammer and strangled her and 6 to 12 years in a First Degree Murder case. In another First Degree Murder case he negotiated a plea to Third Degree Murder and then obtained a sentence of 2–5 years at a contested sentencing hearing.

In 2007, Mr. Fairlie went to trial on a case involving more than $50 million of land transactions and settled the case in the second week of trial. He has obtained six-figure settlements in numerous personal injury cases, including car accident, back injury, and dog bite cases.

Currently semi-retired, Gretchen M. Little (previously Max P. Little) is a former career prosecutor, having served as an assistant district attorney in Bradford, Sullivan, and Clinton Counties. In 1993, Gretchen was appointed as District Attorney for Sullivan County, and subsequently won election to that office for three additional terms. She served in that capacity for fifteen years before resigning to establish the Traffic Safety Resource Prosecutor (TSRP) program for the Pennsylvania District Attorneys Association (PDAA), in 2008.

As TSRP, Gretchen provided technical assistance and training to police and prosecutors across the commonwealth. She authored "Investigating, Charging, and Litigating DUI Cases—A Manual for Pennsylvania Prosecutors" during this period, and regularly presented to the PDAA membership on traffic safety and automobile search and seizure. She created and presented multi-day trainings in basic DUI investigation and prosecution, along with more advanced trainings geared toward prosecuting the drugged driver. She founded and chaired the Vehicular Crimes Prosecutors Network, a forum for prosecutors specializing in DUI and homicide by vehicle cases. She retired from the position in 2015.

Gretchen attended Southern Methodist University, earning undergraduate degrees in Broadcast/Film Art and English. She worked in cable television local programming in the Dallas/Fort Worth area before attending the University of Pittsburgh School of Law, where she earned her Juris Doctorate with honors in 1991. She currently serves as a Commissioner on the City of Harrisburg's Human Relations Commission and also travels the country as an announcer for the Women's Flat Track Derby Association (WFTDA). 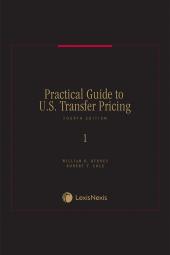 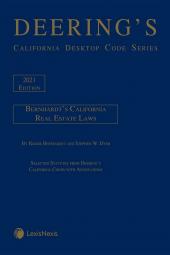 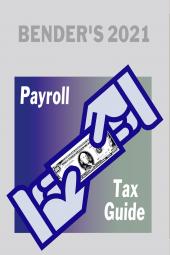