Authors Kirby D. Behre and A. Jeff Ifrah have revised the contents of this two-volume set to change its focus from a general application of the U.S. Sentencing Guidelines to criminal cases to a more detailed analysis of the sentencing aspects of specific white collar crimes.
by Behre, Kirby D. (Author), Ifrah, A. Jeff (Author)
Publisher: Matthew Bender Elite Products 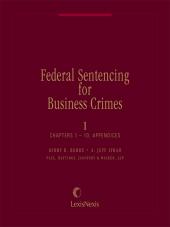 Authors Kirby D. Behre and A. Jeff Ifrah have revised the contents of this two-volume set to change its focus from a general application of the U.S. Sentencing Guidelines to criminal cases to a more detailed analysis of the sentencing aspects of specific white collar crimes. The only comprehensive federal sentencing treatise with a business crime focus, Federal Sentencing for Business Crimes offers clear and practical guidance through the complexities of the Sentencing Guidelines to both novice and experienced prosecutors and defense attorneys.

Subscribers to Federal Sentencing for Business Crimes receive the following:

Kirby Behre is a Member of Miller & Chevalier’s Litigation department. Throughout his 25 years of practice, Mr. Behre has developed a depth of experience ranging from the corporate boardroom to the courtroom. He represents companies and individuals in complex business litigation, government and internal investigations, criminal prosecutions and regulatory matters worldwide. As a former federal prosecutor and an accomplished trial lawyer, Mr. Behre has significant courtroom experience and has tried more than 50 cases before a jury. He is a nationally recognized authority on business crimes and co-authored Federal Sentencing for Business Crimes (Lexis-Nexis) and Responding to Corporate Criminal Investigations (BNA).

Mr. Behre’s experience includes cases involving antitrust and cartel activity, bribery, fraud, public corruption, the Foreign Corrupt Practices Act (FCPA), banking, securities and government contracts. He has been recognized as a leading white collar criminal defense and government investigations lawyer by Chambers USA, where he was described as “sharp as a tack, “ and “a standout lawyer and one of the go-to guys for white-collar matters. “ Chambers also noted that Mr. Behre impresses clients with his “talent and creativity“ and recommends him for his “creative solutions to tricky problems“ and his “absolute ferociousness toward defense litigation. “ 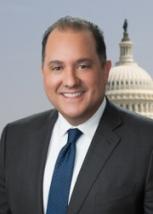 Jeff Ifrah, the founding member of Ifrah Law PLLC, has earned international recognition as a litigation and trial attorney and is praised by clients as an “ excellent lawyer with great business sense “ ( Chambers USA 2016 ). With a focus on government investigations, complex commercial litigation, and white collar defense for senior executives, Jeff advises companies and individuals in highly regulated industries like online gaming, internet advertising, financial services, health care, and government contracting. A leading attorney in the world of online betting and fantasy sports, Jeff represents publicly traded companies, privately held ventures, and state lottery commissions in critical matters effecting their industry. He also has a robust practice advising clients on internet advertising matters involving the FTC, the CFTC, and the SEC. Where ever business and the internet meet, Jeff has staked a claim as a go-to lawyer for leading companies doing business online.

Jeff is recognized by Chambers USA in the categories of Gaming & Licensing (Nationwide) and Litigation: White-Collar Crime & Government Investigations (District of Columbia); was named a 2015 Litigation Trailblazer by the National Law Journal; was recognized by LexisNexis as an expert in health care and securities fraud; and named one of 12 outstanding fraud and compliance lawyers in the United States by Nightingale‘s Healthcare News. Jeff is a recipient of the Meritorious Service Award (U.S. Army).

A graduate of the Benjamin N. Cardozo School of Law, Mr. Ifrah served as a Special Assistant U.S. Attorney for the District of New Jersey and as Trial Counsel for the Communications-Electronics Command and Fort Monmouth from 1994 until 1997. Mr. Ifrah can be found at www.ifrahlaw.com. He is also the author of three www.crimeinthesuites.com, http://www.ftcbeat.com, and http://www.ifrahonigaming.com 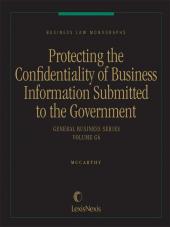 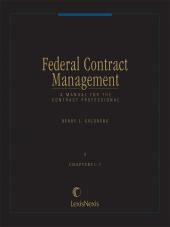 Federal Contract Management--A Manual for the Contract Professional
Starting from $3,245.00 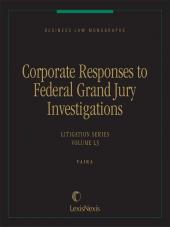