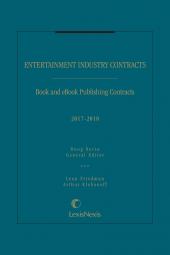 Material in this publication is also published in Volume 3 Entertainment Industry Contracts.

After graduation from Harvard Law School, Professor Friedman worked for the New York City law firm of Kaye Scholer, Fierman Hays & Handler. He left the firm when his play, The Trial of Lee Harvey Oswald, was produced on Broadway and was later made into a television movie. He became general counsel of a New York publishing firm, Chelsea House Publishers, and then was selected as associate director of the Committee on Courtroom Conduct for the Association of the Bar of the City of New York, where he and Norman Dorsen wrote Disorder in the Court, the leading work on the subject. Thereafter, he was the director of the Committee for Public Justice and staff attorney for the American Civil Liberties Union during the Watergate era, where he litigated numerous cases dealing with national security, misuse of government power, the legality of the Vietnam War and the draft, and the First Amendment. He continues to write amicus briefs on important Supreme Court cases for the ACLU, PEN American Center, the Association of the Bar of the City of New York, and other public interest groups. He has testified before Congress on numerous occasions.

Professor Friedman is the author of more than 100 law journal articles and newspaper columns in such publications as The New York Times, The Nation, The New Republic, and The American Scholar. His book The Justices of the United States Supreme Court, 1789-1969, won the annual Scribes Award for the best book on a legal subject. Among his other books are The Supreme Court Confronts Abortion, Unquestioning Obedience to the President, The Wise Minority and Southern Justice .He is a leading copyright lawyer and has represented such entertainers as Kathleen Turner and James Brown as well as many authors such as John McPhee, I.B. Singer, Stephen Spender, Hunter Thompson, Susan Sontag, Oscar Hijuelos and the Estates of T.S. Eliot and Edith Wharton. He has also represented Jean Harris in an important First Amendment case dealing with the "Son of Sam" law, and Rubin "Hurricane" Carter, for whom he obtained a writ of habeas corpus, freeing him from 19 years of imprisonment. His activities on behalf of Hurricane Carter were featured in the film "The Hurricane" starring Denzel Washington. He acts as general counsel to PEN American Center, a leading writers group fighting censorship.

He lectures regularly to federal judges around the country, under the auspices of the Federal Judicial Center, on civil rights and criminal procedure. He frequently lectures at continuing legal education gatherings, such as those sponsored by the Practising Law Institute, the National Association of Criminal Defense Lawyers and the American Bar Association/American Law Institute, on subjects such as civil rights, civil procedure, criminal procedure and the First Amendment.

View all products by Leon Friedman (1)

Arthur Klebanoff is a lawyer (LLB Harvard 1993). He founded RosettaBooks LLC (www.rosettabooks.com), now the leading independent digital publisher, in 2000 and serves as its CEO. In 2013, RosettaBooks was named one of the 500 Fastest Growing Privately Held companies by Inc. Magazine, the only publisher to be named to the list.

View all products by Arthur Klebanoff (2)

Doug enjoys a transactional practice with an emphasis on the entertainment industry and entrepreneurship. Doug routinely serves as counsel to plays, musicals and live experiences in various stages of development and production both nationally and internationally. Doug also represents clients in the commissioning, development, optioning and acquisition of rights for theater, film, television and new media. Additionally, Doug advises clients on state and federal regulations impacting entertainment financing, and routinely prepares and reviews financial offering documents for Broadway, Off-Broadway, touring and international productions.

Doug is also counsel to internationally renowned creative artists, including award-winning composers, lyricists, playwrights, performers, bookwriters, directors, choreographers, designers, casting directors and music staff. His clients' work is regularly seen on and off Broadway, on national and international tour, in London's West End, on opera stages, in theme park auditoriums and in many of the world's most recognizable arts institutions. His clients also can be found on the airwaves, hosting podcasts and on screens large, small and streaming. Doug also serves as counsel to some of the world's preeminent cultural institutions.

In addition to his entertainment practice, Doug counsels start-up and early stage businesses in connection with organization, governance, expansion, financing and exit strategies. Throughout his career, Doug has represented numerous clients in the acquisition or sale of businesses, divisions and various tangible and intangible assets. As a senior associate at a large national law firm, he served as a lead counsel on many high-profile transactions, including the sale of one of the world's most recognizable intellectual property catalogues.

Doug has published articles on topics in transactional and entertainment law and has lectured on various elements of his practice. He is presently a contributor and assists in the editing of the Matthew Bender Entertainment Industry Contracts, published by Lexis Nexis, and has been featured on MSNBC discussing trends in the theater industry.

As a theatrical producer, Doug's credits include the Broadway productions of THE LITTLE DOG LAUGHED and REASONS TO BE PRETTY as well as the Lucille Lortel Award-winning Off-Broadway smash, BUYER & CELLAR.

View all products by Doug Nevin (2) 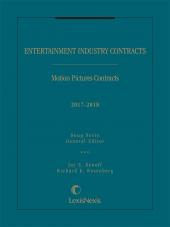 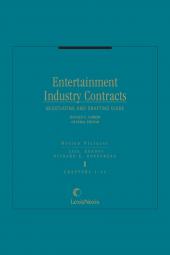 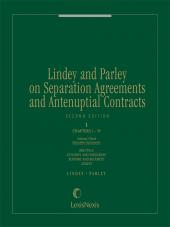 Lindey and Parley on Separation Agreements and Antenuptial Contracts
Starting from $1,421.00