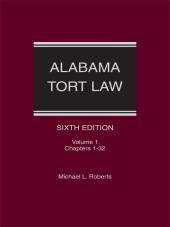 This latest edition of Alabama Tort Law is the most comprehensive tort law treatise in Alabama, authored by the distinguished trial lawyer Michael L. Roberts of Cusimano, Roberts,& Mills, LLC. Inside you'll find comprehensive coverage of every type of personal injury case, along with expert analysis of the historical background and current status of tort law in Alabama. Widely cited in Alabama appellate decisions, this two-volume, fifty-chapter publication addresses all points of Alabama tort law.

Don't start your next case in tort without Alabama Tort Law.

He is a partner in Cusimano, Roberts, & Mills, LLC, in Gadsden, Alabama, where he has practiced for over thirty years representing consumers, workers, small businesses, and various other clients. His practice is primarily concentrated in litigation, including negligence, wrongful death, product liability, consumer disputes, insurance problems, business disputes, appellate work, and fraud and contract litigation. He is admitted to the bars of the State of Alabama; U.S. District Court, Northern District of Alabama; U.S. Court of Appeals: Fifth and Eleventh Circuits; and the U.S. Supreme Court.

He has written extensively on legal topics in treatises, articles and journals, including a portion of the national publication, ATLA's Litigating Tort Cases, Chapter 68 "Fraud," published by Thompson-West. Some of his other publications include: 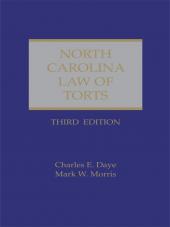 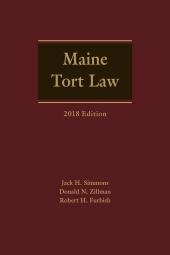