Money laundering is a normal component of any complex financial crime, and professionals dealing with money must understand these statutes. U.S. Money Laundering is a one-volume softbound treatise that is updated annually. It is essential for any professional who deals with financial transactions or has clients who deal with money.
by Charles W. Blau (Author) , H. Lowell Brown (Author)
Publisher: Matthew Bender 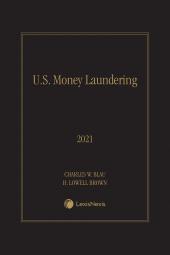 International money laundering, in all its forms, is analyzed and discussed, as are § 1957 offenses arising from transactions in the proceeds of specified unlawful activity. This treatise concludes with an analysis of the sentencing of offenses under both § 1956 and § 1957 of the statute. 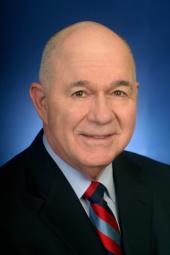 Charles W. Blau is Board Certified in Criminal Law by the Texas Board of Legal Specialization. He was a federal prosecutor prior to entering private practice. Mr. Blau was an Assistant United States Attorney for the Southern District of Indiana for four years. In 1980, he was appointed to head a Federal Money Laundering Task Force in Miami, FL. In 1983, he became a Section Chief at the Department of Justice. In 1985, Mr. Blau became the Deputy Associate Attorney General of the United States, and was appointed the Associate Deputy Attorney General of the United States in 1986.

As a litigator, he has tried many jury cases involving complex criminal statutes, including RICO, CCE, money laundering, tax fraud, and multi-defendant matters throughout the United States. He assisted in drafting the federal money laundering statutes at the Department of Justice.

He holds a Master's Degree in Tax Law from Georgetown University.

H. Lowell Brown is a member of the Bars of the District of Columbia, the State of California, and the State of Maine. He is a former Assistant United States Attorney for the District of Columbia and Assistant General Counsel of Northrop Grumman Corporation. Mr. Brown is the author of a treatise on the Foreign Corrupt Practices Act, entitled Bribery in International Commerce, published by Thomson-West and is the co-author of White Collar Crimes: RICO, published by Thomson-West.