The Lawyer's Guide to the AMA Guides and California Workers' Compensation 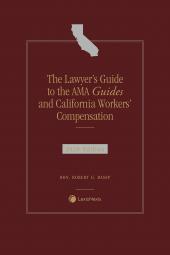 Robert G. Rassp is a graduate of Loyola Law School class of 1981. He previously earned two undergraduate degrees from the University of California at Irvine in 1978 at age 20.

While practicing law as an attorney, Judge Rassp handled workers' compensation and Social Security disability cases since 1981 and was the principal of his own law firm from 1983 until April 15, 2018. On April 16, 2018, Judge Rassp was appointed as a workers' compensation administrative law judge and assigned to the Los Angeles WCAB District office. In 2017, Judge Rassp was appointed as an adjunct professor of law at Pepperdine University School of Law in Malibu, California teaching workers' compensation law as an upper division class. In addition to his law practice, Judge Rassp was the Chair of Friends Research Institute's West Coast Institutional Review Board for fifteen years. The IRB is a committee consisting of eleven members that conducts the oversight of human subject medical research under the auspices of the Food and Drug Act, 21 CFR 50, 21 CFR 56, and 45 CFR 46. In September 2005, Judge Rassp was appointed as a member of the Friends Research Institute's Board of Directors and was named Chairman of the strategic planning sub-committee. In October 2008, Judge Rassp was named Chairman of the Board of Directors for FRI, effective January 1, 2009.

At the annual Division of Workers' Compensation Educational Conferences in February and March 2010, Judge Rassp was awarded the inaugural DWC Community Service Recognition Award for his service to the workers' compensation community.

In addition, Judge Rassp was a contributing author to The Complete Guide to Medicare Secondary Payer Compliance (LexisNexis). He is the editor-in-chief of the two-volume treatise, Rassp & Herlick, California Workers' Compensation Law, Seventh Edition (LexisNexis) that was completely revised and updated in 2014, and annually thereafter. 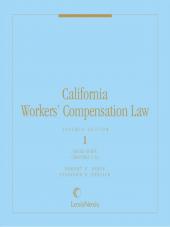 The Lawyer's Guide to the AMA Guides and California Workers' Compensation
Starting from $153.00 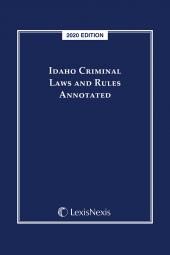