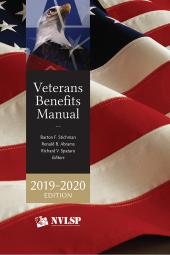 Barton F. Stichman is Executive Director and a co-founder of NVLSP. After earning law degrees from New York University School of Law (J.D., 1974) and Georgetown University Law Center (LL.M., 1975), he has devoted his entire legal professional career to assisting veterans, active duty military personnel, and their families receive the federal benefits that they need and deserve. His efforts as lead counsel in federal court litigation over the last forty-three years have forced the VA to pay over $4 billion in retroactive disability and death benefits to more than 100,000 veterans and their families, compelled the military departments to pay more than $3 million to veterans in retroactive active duty and disability retirement pay, and resulted in upgrades of less than honorable discharges issued to over 7,000 veterans. He helped organize the Veterans Consortium Pro Bono Program, served as the initial director of its Outreach and Education component, and he is the primary designer of the training curriculum that has been used by the Program since 1992.

Mr. Stitchman co-authored "Not Reasonably Debatable": The Problems with Single Judge Decisions by the Court of Appeals for Veterans Claims, 27 Stanford Law & Policy Review 1 (2016), The Rights of Military Personnel, and NVLSP’s Military Discharge Upgrade Manual,and has written articles on veterans law appearing in the Administrative Law Review, the American University Law Review, the Federal Bar News and Journal, Clearinghouse Review, and the Legal Times. He is a past President of the Court of Appeals for Veterans Claims Bar Association and past Chair or Co-Chair of the Veterans Affairs Committee of the Administrative Law Section of the American Bar Association.

Ronald B. Abrams is the former Joint Executive Director of NVLSP, and currently Special Counsel to NVLSP. He is a graduate of Temple University and Temple University School of Law. A member of the Pennsylvania Bar, Mr. Abrams began his career in 1975 in the Philadelphia regional office of the Veterans Administration, serving first as an adjudicator and then as a member of the rating board. Mr. Abrams transferred to the VA’s Central Office in 1977 as legal consultant to the Compensation and Pension Service (C&P), where he was recognized as an expert in due process. As legal consultant to C&P, Mr. Abrams helped to draft the VA Adjudication Procedures Manual M21-1. He wrote and interpreted regulations and directives to be followed by VA staff and others, and both drafted and commented on legislation on the VA’s behalf. As part of his work for the Central Office, Mr. Abrams was in charge of the C&P quality review section. While at the Central Office, Mr. Abrams conducted national training sessions in adjudication and due process for VA staff. Since joining NVLSP in 1989, Mr. Abrams has conducted more than 300 training sessions for such organizations as The American Legion, the National Association of State Directors of Veterans Affairs, National Association of County Veterans Service Officers, the Vietnam Veterans of America, the Veterans of Foreign Wars of the United States, AMVETS, Military Order of the Purple Heart, and many state and county departments of veterans affairs. He has also conducted training sessions for many state bar associations, Legal Services Corporation-funded offices, the National Legal Aid and Defender Association, the National Association of Elder Law Attorneys, and the National Association for the Advancement of Colored People.

Mr. Abrams is author of the NVLSP’s Basic Training Course in Veterans Benefits. He previously served as a member of the governing board of the Veterans Consortium Pro Bono Program and helped design its training curriculum.

View all products by Ronald B. Abrams (1)

Richard V. Spataro is NVLSP’s Director of Training and Publications. He is also the Deputy Director of Pro Bono Volunteer Training and Support for the Veterans Consortium Pro Bono Program. After earning his commission through the Naval Reserve Officers Training Corps program at Duke University, he spent four years on active duty in the U.S. Navy as a Surface Warfare Officer. Mr. Spataro began his legal career at NVLSP as a law clerk in 2004. He accepted a position as an NVLSP staff attorney upon his graduation from law school in 2005. He was promoted to the position of senior staff attorney in 2013. From November 2010 to August 2015, he was also the managing attorney of NVLSP’s Nehmer Lawsuit Division. He has represented hundreds of veterans before the U.S. Court of Appeals for Veterans Claims and has also represented veterans before the U.S. Court of Appeals for the Federal Circuit, the Board of Veterans’ Appeals, and VA Regional Offices. He trains advocates in veterans law and mentors attorneys who participate in NVLSP’s Lawyers Serving Warriors® program and the Veterans Consortium Pro Bono Program. He has testified before the United States House Committee on Veterans’ Affairs on veterans law issues. 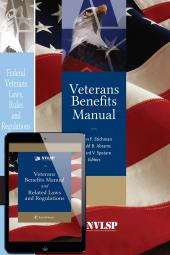 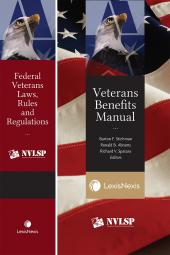