The goal of China Antitrust Law Journal is to provide high-level practical and conceptual guidance and general training for use in understanding the concepts and protocols involved in vetting business agreements for EU and U.S. competition law compliance.
by Frank L. Fine (Gen. Editor) (General Editor), Editors/Advisors (Editor)
Publisher: LexisNexis 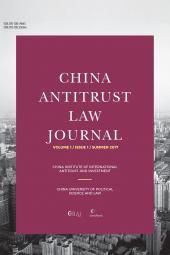 The Summer 2017 issue marks the launch of the China Antitrust Law Journal, a new periodical developed by the China Institute of International Antitrust and Investment (CIIAI) together with LexisNexis, in recognition of the growing importance of China to the global antitrust community. It is the first and only law journal in the field of competition law focused specifically on the People’s Republic of China (PRC) and Hong Kong, but with an interest in issues relating to the wider Asia-Pacific region and beyond.

The Journal also publishes pieces of global interest in the fields of antitrust law and economics, comparative studies, theoretical and empirical research, and even multi-disciplinary contributions. It covers a wide range of antitrust-related topics, including but not limited to: conduct (e.g., cartels, anticompetitive agreements and abuse of market power); public and private competition law enforcement; criminal enforcement; mergers; agency cooperation; investigation and sectoral studies.

The CHALJ welcomes the submission of original articles not previously published elsewhere. Exceptional antitrust experts from all over the world sit on our Editorial and Advisory Boards. We will be very interested in receiving scholarly manuscripts that may have an impact on law, economics and enforcement policy, particularly when challenging antitrust shibboleths or confronting novel issues relating to the new economy. This being said, we also wish to publish articles that explain Chinese antitrust developments, decisions and policy to a Western audience, particularly when greater clarity and analysis is obviously needed.

Articles will be reviewed by the Editorial Board and will be subject to a double-blind peer-review process involving scholars and practitioners. Article submissions and requests for guidelines relating to submissions should be sent to Frank Fine, Editor-in-Chief, at frank.fine@skynet.be. Any questions about work written originally in Chinese should be directed to Michael Gu, Co-Managing Editor, at michaelgu@anjielaw.com.

Mr. Fine is also the Executive Director of the China Institute of International Antitrust and Investment, established in March 2012 under the auspices of the China University of Political Science and Law, where Mr. Fine is Visiting Professor of Competition Law.

He is currently the General Editor of the LexisNexis three-volume loose-leaf treatise, European Competition Laws. In 2006, Mr. Fine authored a book with Sweet & Maxwell entitled, The EC Competition Law on Technology Licensing. He is also the author of one of the seminal works on EC merger control, Mergers and Joint Ventures in Europe: The Law and Policy of the EEC.

Mr. Fine obtained his law degree from Loyola Law School (Los Angeles), where he was Editor-in-Chief of the Loyola International & Comparative Law Journal. He subsequently obtained an LL.M. (with honors) and Ph.D. in EC Competition Law from the University of Cambridge in England. He is a Fellow of the American Bar Foundation and has been Vice Chair of the ABA Antitrust Section’s Cartel and Criminal Practice, Intellectual Property, and International Committees, as well as a member of the Section’s Civil Redress Task Force.

Mr. Fine is listed in European Legal Experts (Belgium; EU and Competition) and Asia Law as a Leading Lawyer (Competition).

View all products by Editors/Advisors (2) 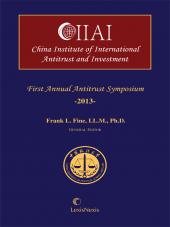 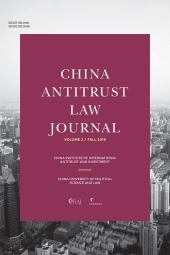