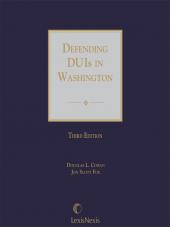 Jon Scott Fox is Principal in the Fox Law Firm, Bellevue, Washington, providing leading DUI defense services. Mr. Fox has a national reputation as one of the most knowledgeable critics of alcohol breath testing machines in the United States. He has repeatedly been recognized as one of the state's "Super Lawyers" by Washington Law and Politics magazine and has been named to Seattle Magazine's list of King County's "Top Lawyers." Washington Law and Politics magazine has also honored him as one of the "Top 25" criminal defense lawyers in the state of Washington.

Bill Kirk is the Managing Partner at Cowan Kirk Kattenhorn. He currently serves on the Board of Regents to the National College for DUI Defense as Assistant Dean and is the President of the Washington Foundation for Criminal Justice. After beginning his career as King County Deputy Prosecuting Attorney, Mr. Kirk joined the Cowan Law Firm in 2000. He has practiced exclusively in the defense of those accused of impaired driving or boating ever since. Mr. Kirk has repeatedly been recognized as one of the state's “Super Lawyers” by Washington Law & Politics magazine and was named a “Rising Star” by Washington Law & Politics in 2001 and 2002. Mr. Kirk was selected as one of Washington's “Top 25” criminal defense attorneys on three separate occasions. A frequent contributor to television, radio, and print media, Mr. Kirk is considered one of the State's foremost experts on DUI and BUI laws.

View all products by William Kirk (1)

Ted Vosk has been a prosecutor, public defender, the Acting Managing Director of an NSF Science and Technology Center, and Vice President of Celestial North, which was recognized by Astronomy Magazine for Excellence in Astronomy Outreach. Mr. Vosk has participated in some of the most significant recent DUI cases in Washington State. He led a fight resulting in significant reforms in the practices of the state’s Toxicology Lab, for which he received the President’s Award from the Washington Association of Criminal Defense Lawyers and the Certificate of Distinction from the Washington Foundation for Criminal Justice. He is a Fellow of the American Academy of Forensic Sciences and an international speaker and consultant. His work has been published in both legal and scientific media.

View all products by Ted Vosk (1)

With 39 years of experience defending and prosecuting DUIs, Douglas L. Cowan is one the country's most respected and experienced DUI defense lawyers. He is a founding member of the National College for DUI Defense, served on its Board of Regents from 1994-2000, served as Dean of the College for the 1996-1997 academic year, and is Board Certified in DUI defense by the College. In July, 2000, the College presented Doug with the Richard Erwin Lifetime Achievement Award in recognition of a career committed to excellence in the representation of his clients, and for his many contributions to the betterment of the DUI Defense Bar. It was only the second time that honor had been bestowed. He is also a founder of the Washington Foundation for Criminal Justice, a state organization dedicated to DUI defense, and served as President of the Foundation from 1989-1998. Doug is a Founding Member of the Washington Association of Criminal Defense Lawyers (Board of Governors, 1987-1989).

Doug is a frequent contributor to local and national legal publications on the subject of DUI defense, is regularly called upon to serve on legislative and other governmental task forces considering DUI issues, has appeared on numerous local radio and television news programs and shows and is regularly quoted in the local press. Doug was named a state of Washington "Super Lawyer" by the publication "Washington Law & Politics" for the years 2000, 2001, 2003-2007 and has been listed in both Kingston's National Registry of Who's Who in America (2002 ed.) and Marquis' Who's Who in America (2002 ed.).

A nationally recognized authority on DUI defense, Doug has lectured or conducted workshops for other lawyers in 16 states on such diverse topics as "Cross-examination of the Arresting Officer," "Pre-trial Litigation, "Opening Statements in a DUI Case," "Jury Selection in DUI Cases," "Opening Statements," "The DataMaster," "Cross-examination of the State's Breath Test Expert," "Bench Trials in DUI Cases," "Legal Ethics in DUI Defense," "Closing Arguments in DUI Cases," and "Demonstrative Evidence in DUI Defense." Doug received certification in administering Standardized Field Sobriety Tests in 1996, and again in 2001.

View all products by Douglas Cowan (1)

Defending DUIs in Washington
Starting from $305.00 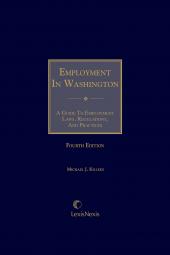 Employment in Washington: A Guide to Employment Laws, Regulations and Practices
Starting from $252.00