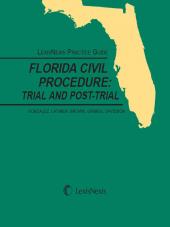 Mr. Gonzalez is Florida Bar Board Certified in Civil Trial Law and Business Litigation. He formerly served on The Florida Bar Board of Governors and is a former member of The Florida Bar Civil Procedure Rules Committee. He is also a member and past president of the Dade County Bar Association and the Dade County Trial Lawyers Association, and is a former director of the Florida Justice Association (f/k/a the Academy of Florida Trial Lawyers). Mr. Gonzalez is an elected member of the American Board of Trial Advocates and an appointed member of the National Board of Trustees for the National Institute of Trial Advocacy.

Mr. Gonzalez frequently writes and lectures for the American Bar Association, the Academy of Florida Trial Lawyers, The Florida Bar, the Dade County Trial Lawyers Association, and other bar associations. He has appeared on 20/20, CNN, Dateline, and NPR, and his published works include the Dade County Trial Lawyers Advanced Trial Handbook. Since 2005, he has consistently been ranked as one of America's leading lawyers by various sources, including Lawyer Weekly USA, The Daily Business Review, Florida Super Lawyers, Florida Trend Magazine, South Florida Legal Guide, and Who's Who Legal: Florida. Mr. Gonzalez is a partner with Colson Hicks Eidson Colson Matthews Martinez Gonzalez Kalbac & Kane in Coral Gables.

View all products by Ervin A. Gonzalez (5)

Henry Latimer - Shareholder, Greenburg & Traurig, Miami, FL Mr. Latimer was a former Circuit Court Judge for the 17th Judicial Circuit in Broward County, Florida. He concentrated his practice in labor and employment law and commercial litigation. During his last year on the bench, Mr. Latimer was rated "most qualified" judge in the Circuit.

After returning to private practice from the bench, in addition to trying complex cases, Mr. Latimer was often called on by lawyers and judges to serve as special master in complex litigation matters. He served on the commission that wrote and implemented arbitration and mediation rules and procedures for the State of Florida. His services were in demand by litigants seeking to resolve their differences through arbitration or mediation.

Before attending law school, Mr. Latimer worked for the U.S. Department of Labor, Wage and Hour Division as a Compliance Officer. In addition to having a very active practice in trying complex commercial cases, he served as special counsel to individuals, municipalities, and corporations litigating civil rights, wrongful discharge, sexual harassment, age discrimination and legal malpractice actions. An accomplished trial attorney, he was frequently called to testify as an expert witness in commercial, civil, and labor-related litigation matters.

View all products by Henry Latimer (5)

Among his professional accomplishments, Mr. Davidson brought and successfully settled a federal court action challenging a one billion plus Miami International expansion on behalf of American Airlines with other carriers sharing the cost. He conceived and led legislative efforts to amend penalty portions of industry specific law to eliminate potential multimillion dollar class action liability. In addition, he successfully enjoined misappropriation of Picasso's name on several occasions on behalf of the Estate of Pablo Picasso. Also, he successfully challenged Florida law on constitutional grounds in areas of alcoholic beverage law, electric utilities law and aviation fuel tax.

Stephen H. Grimes - Partner, Holland & Knight, Tallahassee, FLMr. Grimes practices in the area of appellate litigation. He retired as a justice of the Supreme Court of Florida in November of 1997, having served as chief justice from 1994-1996.

From 1973 to 1987, Mr. Grimes served as a judge of the 2nd District Court of Appeals in Florida with headquarters in Lakeland, Florida. He was chief judge of that court from 1978-1980. While on the court, he was vice-chairman of the Appellate Rules Committee of The Florida Bar, chairman of the Florida Supreme Court Standard Jury Instructions Committee in Criminal Cases, and a member of the Judicial Qualifications Commission for six years. In 1980, he served as chairman of the Conference of District Court of Appeals Judges.

Luke S. Brown - member, Holland & Knight, Tallahassee, FL Mr. Brown is a member of his firm's insurance practice group, concentrating on state insurance regulatory issues. He has extensive experience dealing with unauthorized insurance activity and has served as an expert witness in the areas of insurance coverage, contribution, subrogation and indemnity, and as to entitlement and amount of attorney's fee awards in insurance litigation.

Prior to joining Holland & Knight, Mr. Brown served as senior executive attorney for the Florida Department of Insurance, where he designed, developed, and implemented a program to combat unauthorized insurance activity, including that of unlicensed multiple employer welfare arrangements. As part of this program, Mr. Brown assembled, trained and energized a team of investigators and Florida insurance regulators, and coordinated efforts with other state and federal authorities, including the Employee Benefits Security Administration of the United States Department of Labor.